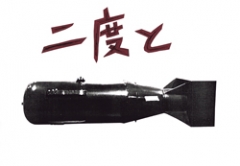 Wall artist Eiko Matsui created this kamishibai after holding discussions with the people of Nagasaki. The honorable memory of those killed by the atomic bomb, the atomic bomb survivors, the persons trying to forge peace?all have been carved into this remarkable 12-sheet narrative. As the illustrations in this uniquely effective kamishibai change from photographs to drawings, then from drawings to harie (pasted paper), viewers are moved one by one to deepen their commitment to “never again.” 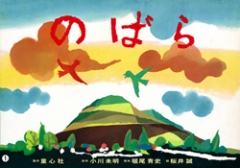 The bloom of wild roses connects an aging soldier from a large country with a youthful soldier from a small country, but the two are soon parted as one of them becomes a casualty of war. The text by Seishi Horio makes the poignant story resonate even more powerfully with the audience. Makoto Sakurai’s illustrations emphasize the abrupt change from welcoming, beautiful surroundings to wartime conditions, and eloquently express the elderly soldier’s feelings in response. The importance of peace comes to reside deep in the heart. 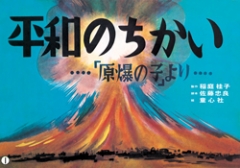 The Oath of Peace

This kamishibai first came out in 1952, the year after Genbaku no ko (Children of Hiroshima, published by Iwanami Shoten), and is based on that collection of testimonials by children who suffered due to the atomic bomb. Sculptor Churyo Sato’s illustrations convey the brutality of the A-bombs and the agony they caused, as well as a steadfast determination to uphold peace. This kamishibai was brought back into print in 2005, 60 years after World War II, as a kind of memorial. 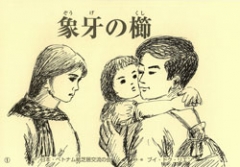 The author of this work, who once fought for the liberation of Vietnam, worked to become a creator of kamishibai while also employed at a publishing company. The contents of the kamishibai overlap with the author’s own life, presenting a moving portrait of the Vietnam War and the proud people of Vietnam. Since 1991, kamishibai has been recognized in Vietnam as an important form of culture for children, and a number of kamishibai by Vietnamese authors have been published.